Do you ever wonder where a great artist get his or her influences from? Hiroya Oku admits to his passion and admiration for Hollywood movies and other popular media, which partly explains his cinematic storytelling in manga like Inuyashiki and GANTZ. But how deep down the rabbit hole does he go for truly original expression that hasn’t ever been done by Hollywood? It’s way deeper than anyone could ever imagine.

This is Part 2 of the interview with Hiroya Oku (on Hollywood movies). Click here for Part 1 (about Inuyashiki).

About Hiroya Oku
Born in Fukuoka, Japan. Debuted as a mangaka (manga artist) in 1992, with his first series, Hen: Suzuki-kun and Sato-kun in Weekly Young Jump. The series became a hit and was adapted into a live-action TV series in 1996. In 2000 he started his most famous work, GANTZ, a sensational manga using CG for the background, driven by thrilling plots. It was adapted into anime, game, and live-action film and became a widely popular media franchise. In 2014 Oku started his latest series, Inuyashiki, in Evening. Inuyashiki is about a conflict between two ordinary people whose bodies are one day replaced by super robots. One decides to use the new body for good, another for evil.

“My goal is to make something that hasn’t been done by anybody yet.” —Hiroya Oku

Kodansha Comics (KC): Do you have any hobbies?
Hiroya Oku (HO): I love collecting figurines and watching movies. I constantly watch movies. Sometimes I go watch a movie in a theater, and on the way home, I rent another movie. I think I watch at least one movie a day. [laughs] A figurine of Reika from GANTZ on Oku’s desk.

KC: What kind of movies do you like to watch?
HO: Generally I like action or science fiction, but I also watch romance or drama, or any movies from America, France, Iran, or anywhere if it seems interesting.

KC: Did you watch any good movies recently?
HO: I liked Kingsman: The Secret Service.

KC: Do you think watching movies helps your storytelling in any way?
HO: I want to stay on top of anything new from Hollywood and video games. I use the internet to keep up on the most cutting-edge expression out there. On top of that I want to take my own expression slightly further than what’s already there. My goal is to make something that hasn’t been done by anybody yet. If anyone says something like, “Oh, that’s just like Halo,” it means that it’s not really interesting, because it’s not truly original. If anyone says, “I’ve never seen anything like this before,” that’s what you’re looking for. Whether it’s manga, movies, or anime, people won’t be interested in your work if you don’t do something that anyone hasn’t seen before. Hiroya Oku’s audio room. He has a projector screen, too.

KC: Is it hard to making a new expression when you have nothing to compare?
HO: I guess it is, and it isn’t. I’m observing what’s been done and what’s not been done in films and video games. Based on that, I simply ask myself, “Has this ever been done before?” The gauge is there, so I don’t have too much trouble making new expressions.

KC: If Inuyashiki was a movie, which genre would it be categorized under?
HO: I think it’d just be under science fiction or superheroes. I’ve always loved the superhero genre since I was little, like Kamen Rider and Ultraman. I don’t really watch those shows nowadays, but I still watch all the movie adaptations of American superhero comics, like Spiderman.

KC: What’s your opinion of movie adaptations of comic books?
HO: I think they often do a really good job turning a comic into a movie. Honestly, I’m not that interested in the American comics themselves. But when they become a movie, suddenly it becomes easier to get into. You can tell that very talented people work hard to brush up the original work, like the designs, to make it look cool in a modern-day live-action movie.

KC: Do you get inspired from looking at other people’s work, like these movies?
HO: Absolutely. That’s basically everything to me. I kind of look at them [Hollywood creators] as my rivals. It motivates me to go above and beyond what they’re creating. I even dig into the artbooks and reference books that detail the process work of all these movies, and compare it to the final works in the actual film. It’s fascinating to see different parts of movie production assigned to genius-level talents. It’s definitely hard to outdo them with my own small team. Yet we still have to try, because it’s pointless to just “copy” Spiderman and Avengers. Trying is the only way to surpass what’s already been done. That’s what’s in back of my mind when I am making manga. This is just a fraction of Oku’s personal collection of movies.

KC: Do you want to go work in Hollywood one day?
HO: No. Actually I don’t really like traveling abroad because I am terrified of flying on a plane. [laughs] So I don’t want to go overseas too much.

KC: What if your manga becomes a Hollywood film, how would you feel then?
HO: If that ever happens, I’d probably be very happy. And I am hoping that would happen someday. But that’s more like a dream and also has to do with luck. So I’m not counting on it too much.

KC: Do you realize that there are fans of your work in other countries too?
HO: If my manga resonates with someone overseas, it just means that person shares my taste. That itself wouldn’t be so surprising. Because it’s just like how Hollywood movies are appreciated by different people around the world. I get influenced from the movies or videogames that I like and make something more than what already exists. If some people get it or like it, it’ll makes me happy, but it wouldn’t be so surprising.

KC: Do you have any comments for your fans?
HO: To know that there’s somebody from a completely different part of the world who likes to read my manga, that makes me really happy. I’m trying to make Inuyashiki as if it’s a single movie, and it will get more exciting as the series progresses. So I hope you look forward to it and follow Inuyashiki. You can also win this autograph! Click here to learn more. Inuyashiki volumes 1-3 by Hiroya Oku are available from Kodansha Comics. 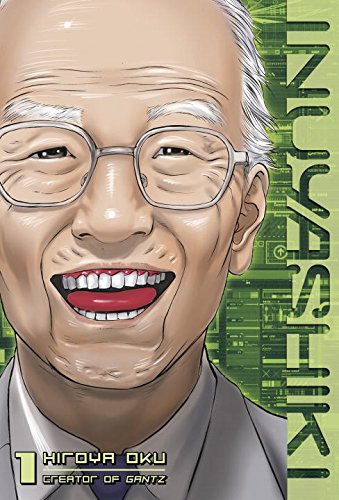 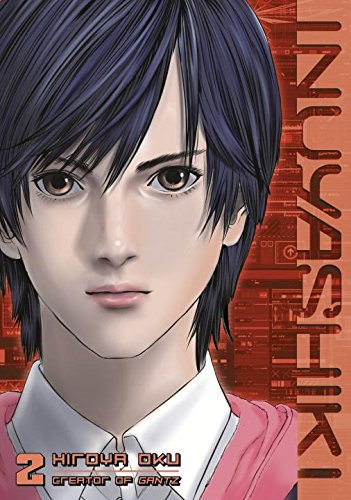 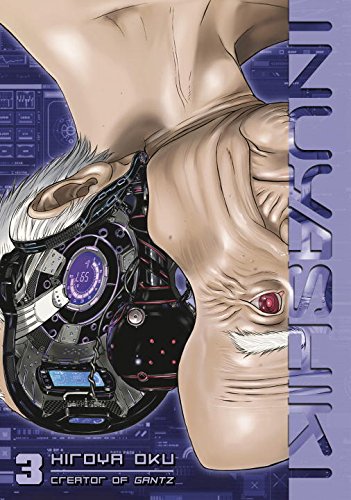 You can also read the latest chapter streaming on Crunchyroll.