Yoshitoki Oima was only eighteen years old when she first started work on A Silent Voice. Most would-be mangaka aspire to going pro around that age, but what made Oima special was that she had a full story already in mind and the determination to tell it to the world. What led her to make that manga? Here, the creator of the Eisner-nominated manga series reveals her innermost thoughts for the first time. About Yoshitoki Oima
Born in Gifu Prefecture, Japan in 1989. In 2008, a pilot manga of A Silent Voice won the 80th Annual Shonen Magazine Newcomer Manga Award. In 2009, she debuted as a mangaka with the manga adaptation of a novel by Tow Ubukata, Mardock Scramble (vol.1-7 available from Kodansha Comics). In 2013, a remake of the A Silent Voice pilot chapter ran as a one-shot manga in Weekly Shonen Magazine, which then went on to become a full series. It has been announced that A Silent Voice will be adapted into theatrical anime in September 2016.

Kodansha Comics (KC): When you were a child, what were you like?
Yoshitoki Oima (YO): I was the youngest sibling in my family. So even though I wasn’t aware of it, I think I was pretty selfish [laughs]. I was a tomboy who liked to play imaginary gunfights. I was pretty active back then, although I became more of a gloomy person later.

KC: Why is that?
YO: A lot of stuff happened at school that made me that way. But when I was playing with friends, I was as happy as I can be.

KC: Did you read any manga when you were growing up?
YO: I did. I have a brother who is six years older than me, and he liked to buy and read manga. There was stacks of manga everywhere at home, so I picked up some of them and started to read it myself. But I wasn’t too deeply into it. I only read a specific series from a certain manga magazine.

KC: What manga had the most influence on you?
YO: I’ve been most influenced by a manga called 3×3 Eyes [by Yuzo Takada]. That was the first series I collected myself. 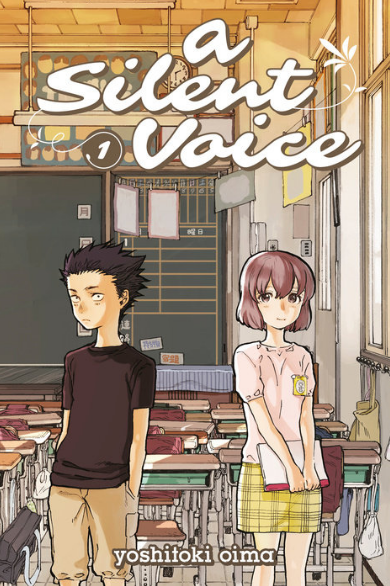 A Silent Voice is about Shota [left], a boy who was once a school bully, and his complicated relationship with a girl he bullied, Shoko [right], a girl who can't hear.

KC: Why and how did you become a mangaka?
YO: When I was spending a lot of time reading and drawing manga, the thought to be a mangaka was at the back of my mind. I was actually drawing before I was reading. But I was kind of embarrassed to tell anyone about my dream.

KC: Why was that?
YO: Everybody around me had more specific occupations in mind that sounded good, like becoming a florist. If I say that I want to become a mangaka, it would’ve sounded like I just wanted to goof around. A mangaka can provide entertainment, but I don’t know if it would contribute to society in any specific way.

KC: Do you like writing stories or drawing art more?
YO: When I was younger, I liked drawing more. But now I like making stories, or rather, it’s something I’ve been focusing on. It’s hard to say. Drawing art and writing a story are both fun and yet difficult. 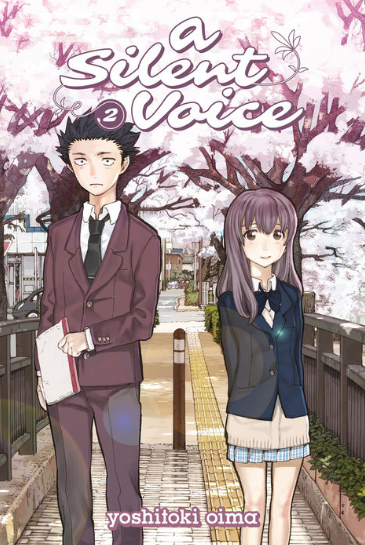 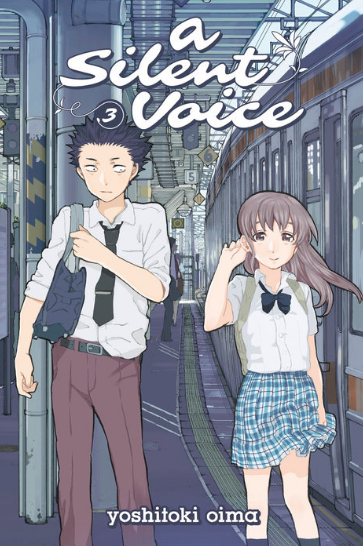 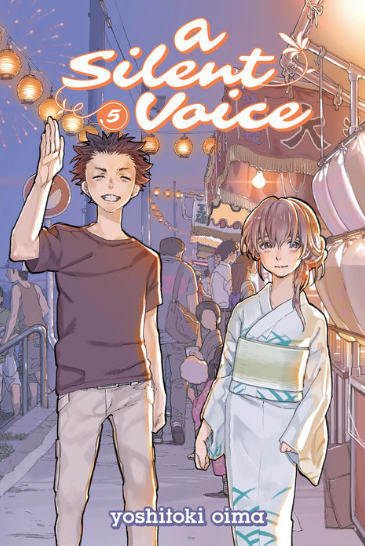 KC: So you made this story with the support of your family?
YO: Yes, for sure. And I had to work it out that way. Otherwise I wouldn’t be able to survive.

KC: Why did you decide to write this story from the perspective someone who was once a bully?
YO: First of all, I didn’t want to write this story from the perspective of the one who was getting bullied, because I didn’t think that was interesting to me or anyone else. To me, it’s easier to get into the story from the perspective of a bully, or Shota’s point of view. I’m sure more readers can relate to Shota than to Shoko. Most people can only speculate what it feels like to be a girl with a disability who gets bullied. But the truth is, you won’t be able to know how she really feels. I thought that was the more important point to convey. So I didn’t want to reveal Shoko’s inner thoughts or her true feelings.

KC: Do you have any personal experience with bullying or being bullied?
YO: Bullying in real life is not very visible on surface. Sometimes you can tell someone is talking behind your back, but I’ve never gone far enough to confirm it. So I don’t know. I wouldn’t register it as bullying, but I still get negative vibes from it. I’d just stop there. KC: Shoya and Shoko; How would you describe them in your own words?
YO: Shoya is a simple-minded person who only thinks of things in terms of whether if something feels right or wrong. Shoko wishes she could do so much more, but in reality, nothing goes according to her will. She may think most people don’t understand her.

KC: Do you have any models for the characters in A Silent Voice?
YO: I can think of people who have some resemblance to the characters. For example, Naoka reminds me of a girl who was high up the social ladder of my class. Miyoko reminds me of a girl in my high school who I thought was really cool. If Tomohiro was real, I’d want to stay away from him. But his inner self is very close to mine, in the sense he clings to his friends. But for the most part, those characters consist of certain aspects of myself, but more exaggerated. [From left] Miyoko, Naoka, Tomohiro, Satoshi, and Miki all play significant roles in A Silent Voice. Their backstories, which explain what makes each one of them so different, are only revealed towards the climax of the series.

KC: How did you come up with the interactions between these characters? <
YO: I turn them against each other in my head [laughs]. When I am drawing a character, I become that person. So I know exactly how each one of these guys feels like. Even people like Miki, Naoka, and the school teachers like Mr. Takeuchi and Ms. Kita–– a lot of readers assume I portray these characters as the “bad guys,” but that’s not true.

KC: It’s hard to say anyone from A Silent Voice is “bad” or “evil.”
YO: I don’t quite get why people think in such ways. When I look at people’s reactions to this manga online, it makes me wonder why certain people feel a certain way about a certain character.

KC: Maybe it’s because it feels “too close to home.”
YO: Yea, maybe [laughs]. KC: There’s expressions in this manga that are unique, like the “X” on people’s faces from Shoya’s point of view, and words that are half faded from Shoko’s point of view.
YO: Those were purely just ideas that I had. At first, I had a vision of a classroom scene with all the classmates’ faces crossed out with X’s. Because I thought of this scene, I dug deeper into developing Shota and other characters’ personality. The scene from Shoko’s point of view, when the words in the speech bubble get cut off, the whole point is to show the world she lives in. I don’t know if this was the right way to express it. Because at the end of the day, I don’t really know what it’s like or how it feels to be in her world. But I want to know. That’s what made me struggle the most. These are just some examples of truly innovative expressions in this manga to convey what is going on in someone’s mind while trying to communicate with others.


KC: What does it mean that Shota sees X’s on people faces?
YO: It means he doesn’t want to, or cannot see that person’s face.  It’s like the symbolism of indifference. Or sometime you are really interested in that person, but trying not to be.

KC: There’s many hidden truths and inner thoughts of each character that won’t be revealed until the end of this manga. Did you plan this series to be this way?
YO: When I started making this manga, I already had a rough idea of the overall story all the way until the end. In my original idea, Shoko was going to be the one to go through what Shoya went through in the end. But my editor was against the idea. I mean, I kind of get it too. But then what? I had to think about what to do with the story when one of the main characters was suddenly “out of the picture.” That’s when I switched writing the story from Shoya’s perspective to everybody else’s. In my favorite video game, Chrono Trigger, the main character also goes out of the picture. Meanwhile, the main characters’ allies try their best to hold down the situation. I think I was influenced by that. 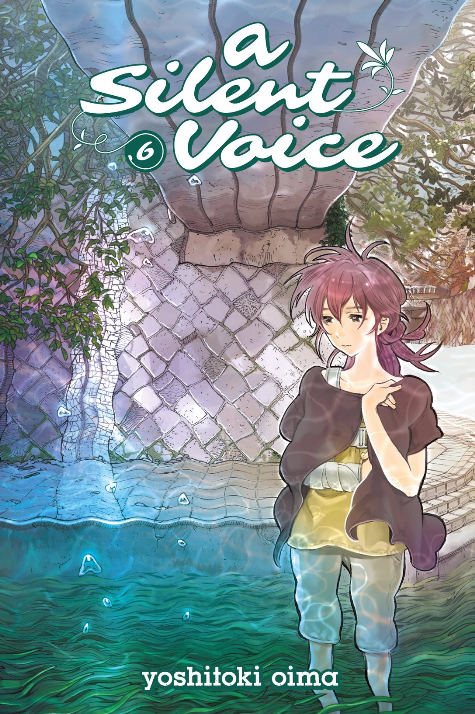 Every cover of A Silent Voice features both Shota and Shoko … except Volume 6. What happened to Shota? Find out by reading the whole series. 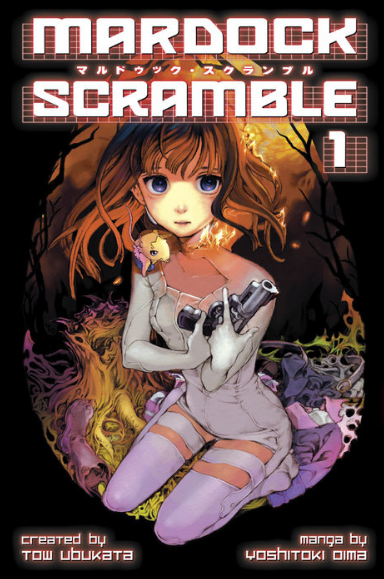 KC: Your previous work, Mardock Scramble is quite different from A Silent Voice. Do you feel any difference in making these two manga?
YO: Mardock Scramble was based on a pre-existing novel. So I’ve read it over and over again, and every time I read it, I’ve found something new about it … It was very hard. In some sense, I completely lost my own imagination and the ability to write my own story at that time. Instead, I learned just how much story I can incorporate into one 45-page chapter each month to satisfy a reader. I was very much focused on just Mardock Scramble. It was a good training.

KC: Is that why your storytelling was fully embraced in A Silent Voice?
YO: I couldn’t stand the fact I hadn’t made my own manga for over three years. I didn’t care what anybody thought about my manga at that point. KC: How did you feel when you completed the story of A Silent Voice?
YO: To me, it was almost miraculous I got to work on a manga about communication. A lot of things led up for me to make this manga about the difficulty of communication. I am just fascinated by the feedback that I get about this piece, from anyone. I feel so lucky to have opportunities like this interview, to talk about why I’ve made such manga. And the fact so many people recommended this manga to other people like their friends makes me feel so fortunate.

KC: What kind of audience would you want to read A Silent Voice?
YO: I want somebody like Shoko–– who feels lonely––to read this manga.

KC: Do you have any comments for the fans of A Silent Voice?
YO: If you feel anything, or find anything in this manga, I would be very happy. Even if you don’t, the fact that you’ve still read this manga would make me happy. 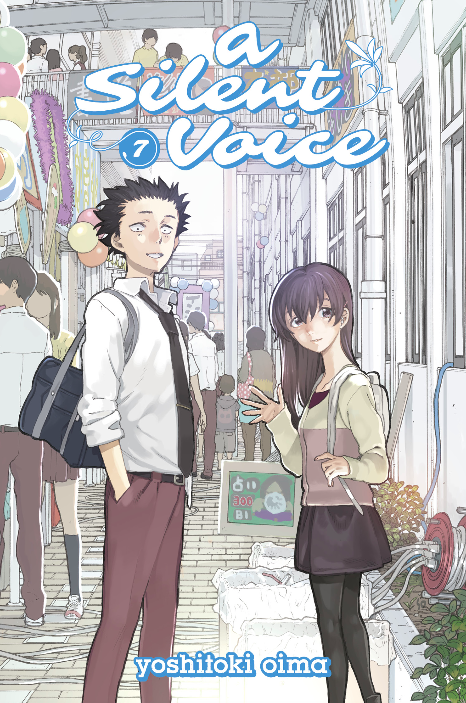 A Silent Voice is a nominee for 2016 Eisner Award for Best U.S. Edition of International Material––Asia.
The complete series (volumes 1-7) is available now from Kodansha Comics! It's been announced on Weekly Shonen Magazine that Yoshitoki Oima's brand new fantasy series is starting in September 2016. Stay tuned for more info on Oima's new series on KodanshaComics.com!